Guidance of the Kanze school 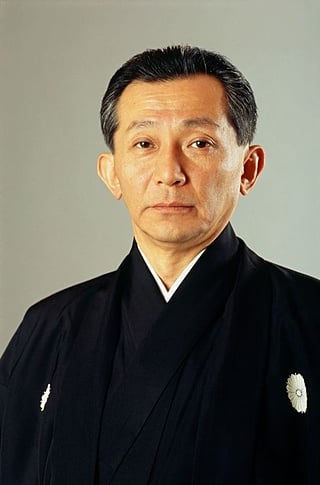 The history of the Kanze school 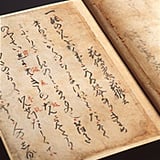 ▲Zeami handwriting "dairokuhanashu"
It belongs to the Yuzaki seat at the company, the Yuzaki seat of the medieval noh farce entertainment that was active to north and south morning service charges in Yamato (Nara) to have become the model of the Kanze school, and Seiji Kanami who served a tayu (representative actor of the seat) is the first generation of the Kanze school.

Kanami makes a foray into Kyoto with Zeami of the son and is detected in Muromachi Shogunate General Sandai Yoshimitsu Ashikaga of time and stretches out power in the various places throughout the cause of the protection.

The ability of the Kanze school seat that absorbed the noble culture of the capital was refined as an entertainment more by Kanami, the hand of Zeami father and son and added to depth. I inherited the back of Kanami, and I established an original style of the dreams and phantasms ability, and Zeami who became a Nisei Kanze school tayu wrote an epoch-making entertainments theory such as "fine presence flower biographies" and showed prominent talent. As a giant of the art history, Zeami who made ability art carried through in profound Essay on Man and philosophy attracts attention now from not only the country but also the world, and he comes to be looked up at.

The Kanze school will invite the glory years since Kanze school father and son by Tokugawa shogunate government fixing ability for ceremonial noh dance (music, entertainment played in a ceremony of the Shogunate) when the Edo era begins, and having added protection to Kanze school in particular again in various schools.
During this time, so-called head master of a school system is established, and deserve to be you if the performance itself of the ability is played again at the place of the public event; become solemn, and it is thought that-style of the modern played ability was approximately completed.

The Edo Shogunate falls by the Meiji Restoration, and the Kanze school that got pay will be made to rise in the difficult situation by the Shogunate. However, I gradually regained my health by the efforts such as head master of a schools and, in the times of 24th head master of a school, kanyohidarikingenji, I arranged all presentation programs and "it was for Kanze school completion" and published an utai libretto.

In the Showa era, the World War to beat, and to continue destroys the civilized life of the nation from the root. Furthermore, the Kanze school meets the locust year again while traditional culture in Japan is going to be denounced by a postwar control policy, but the noh player including the 25th Sakon Kanze first of the year acts for maintenance of the tradition of the ability and upbringing of the successor tenaciously. And it is in the greatest school having approximately 900 noh players, and, at the present of the Heisei that 26th Kiyokazu Kanze pulls the world of traditional arts, the Kanze school is going to invite the golden age when the ability is new again.

(supplementary explanation)
I called a head master of a school "a grandmaster" in the world of the Noh, but in the first place was the name that a tayu of the Kanze school was given from General of Tokugawa shogunate government. In addition, it seemed to be permitted that I gave world when I became a priest unlike expressing world of "the 26th" with "the 26th generation" in go given as a priest name formerly from Daitoku-ji Temple of Kyoto from the times of the 15th.