In the premises of the person of cause Kanze school, according to the handing down, Kanami (father of Zeami), also known as Kanze school (Yuzaki) Saburo Seiji of the Yamato medieval noh farce was said to have received it from General Sandai Yoshimitsu Ashikaga of the Muromachi Shogunate, and this land lived until ninth Kanze school tayu black snow.
There is the place name called Kanzecho, too and is in the adjoining land of the west camp center elementary school now. 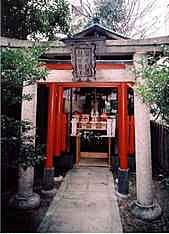 Kanze school Inari Corporation is enshrined as local deity company of the person of Kanze school in going, and an enshrined deity is Inari great gracious god and Kanze school dragon king in a moment. 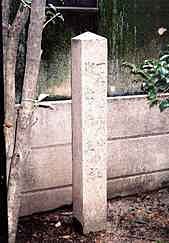 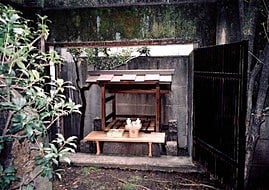 There is the well called "volution" "a Kanze school well" besides Inari Corporation, and it is said that it was possible for an end fan, a pattern of "the volution" of the Mizumaki design of the utai libretto in the shape of this as it is said to whole sky impromptu farce that a dragon goes down when I become overcast and entered this well according to this legend and the surface of the water is always upset and describes a ripple. 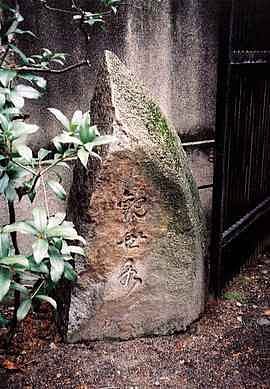